Kubru and the Frey winery from Essingen in the Palatinate have created together a new treasure: Delicious ice wine pearls filled with Chardonnay ice wine

The top chefs in the kitchens of gourmet restaurants succeeded for the first time in shaping aromas as pearls. Since then Kubru has expanded the variety of edible pearls by a few variations and produces them with exquisite wines, liqueurs, fruit essences and much more. With the latest creation, tradition meets innovation: ice wine in gourmet pearls.

As the name suggests, ice wine is something special. It demands a lot of effort from its producer and also a good portion of willingness to take risks. The grapes for the special drop can only be harvested at a temperature of -7 degrees Celsius. So only very late in the year – when other winegrowers have virtually everything in their cellars.

Unfortunately such low temperatures due to global warming are no longer a matter of course in our latitudes. In former times the grapes could be harvested in December. Last year Jürgen Frey could harvest his grapes not until January – almost too late to find healthy grapes on the stock. And if one considers the quantity of grapes, it is only 10 percent of what a “normal” winegrower harvests. So what drives an experienced winegrower to expose himself to such strains and risks? 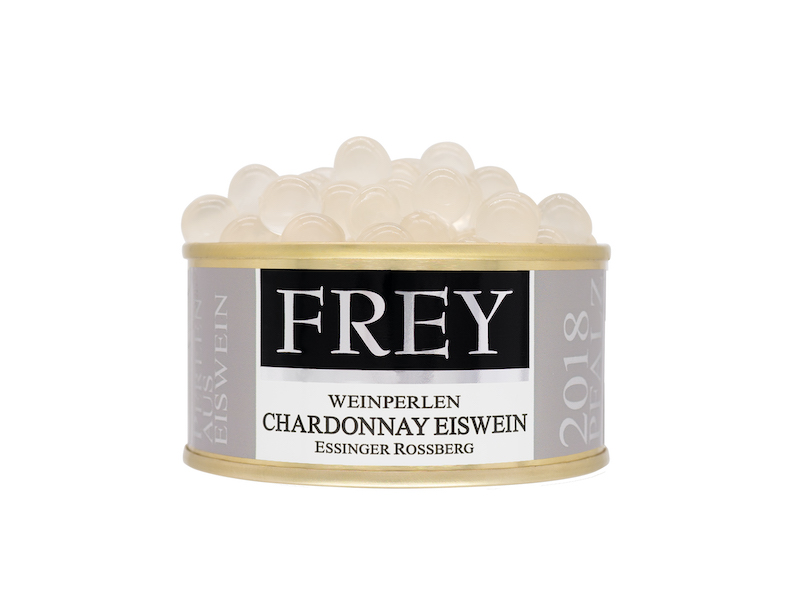 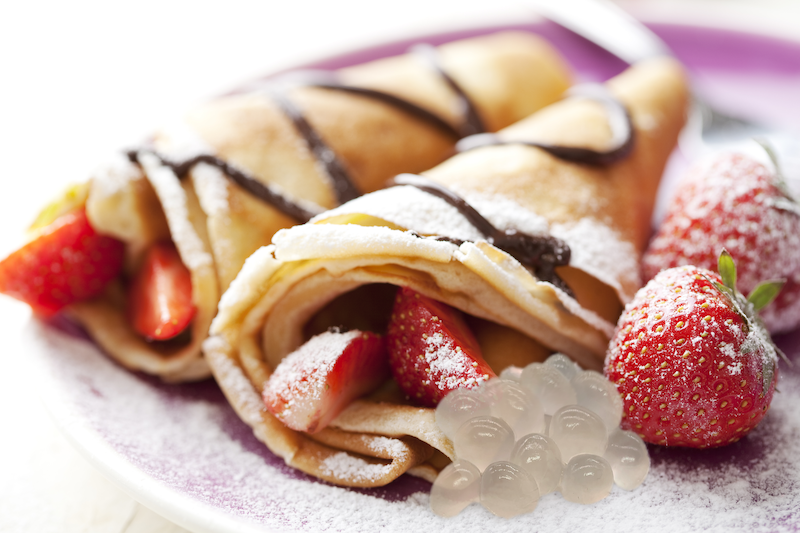 It all began in 1974, when the Frey winery, run by the family, shifted exclusively to the production of sweet wines. In Essingen in the Southern Palatinate, not far from Landau, the brothers Jürgen and Peter Frey have been producing sweet dessert wines of top rank on 12 hectares since then. These include Beerenauslesen, Trockenbeerenauslesen and the aforementioned ice wines.

Their success proves them right. Because already the longer they win many prizes and awards with their noble wines. One could almost think that this is not difficult either, because they are the only winegrowers in Germany – and probably even worldwide – who exclusively produce noble sweet wines.

But that is wrong. Because Jürgen Frey, as charismatic as his wines, likes to go new ways. “It’s allowed what tastes good”, is his motto.

For example, he has made a delicious ice wine from Chardonnay, a grape variety that is not necessarily considered for ice wine at first glance. According to his passion to create special moments of taste – good enough to offer his customers the well-known quality.

These were also the similarities that brought Jürgen Frey together with the creative minds of Kubru. Kubru and Frey both supply the same clientele: star restaurants and connoisseurs all over the world who love something special. Frey wines are also particularly sought-after on the other side of the globe: 40 percent of production goes to China alone.

Together they created something completely new: gourmet pearls filled with Chardonnay ice wine. The new ice wine pearls are particularly popular because of their distinct sweetness accompanied by the floral notes of Chardonnay. Because the grape must has a comparatively high sugar content after pressing, the yeast usually cannot completely convert this sugar into alcohol. This explains the high natural residual sugar content with a relatively low alcohol content of about seven percent by volume.

“Enjoying the pearls makes you feel like being in an orchard in autumn,” says Jürgen Frey about the exciting new combination of his premium ice wine, which is now presented to connoisseurs in a new form – small, round and delicious.

That’s why it won’t be long before the ice wine pearls find their way into gourmet restaurants or the kitchens of private connoisseurs and take their place on refined desserts or serve as sweet accents in tasty mixed drinks.

We may request cookies to be set on your device. We use cookies to let us know when you visit our websites, how you interact with us, to enrich your user experience, and to customize your relationship with our website.

Click on the different category headings to find out more. You can also change some of your preferences. Note that blocking some types of cookies may impact your experience on our websites and the services we are able to offer.

These cookies are strictly necessary to provide you with services available through our website and to use some of its features.

Because these cookies are strictly necessary to deliver the website, refuseing them will have impact how our site functions. You always can block or delete cookies by changing your browser settings and force blocking all cookies on this website. But this will always prompt you to accept/refuse cookies when revisiting our site.

We fully respect if you want to refuse cookies but to avoid asking you again and again kindly allow us to store a cookie for that. You are free to opt out any time or opt in for other cookies to get a better experience. If you refuse cookies we will remove all set cookies in our domain.

We provide you with a list of stored cookies on your computer in our domain so you can check what we stored. Due to security reasons we are not able to show or modify cookies from other domains. You can check these in your browser security settings.

These cookies collect information that is used either in aggregate form to help us understand how our website is being used or how effective our marketing campaigns are, or to help us customize our website and application for you in order to enhance your experience.

If you do not want that we track your visit to our site you can disable tracking in your browser here:

We also use different external services like Google Webfonts, Google Maps, and external Video providers. Since these providers may collect personal data like your IP address we allow you to block them here. Please be aware that this might heavily reduce the functionality and appearance of our site. Changes will take effect once you reload the page.

The following cookies are also needed - You can choose if you want to allow them: